Eurodairy pilot farm Quicke’s of Home Farm in Newton St Cyres, Devon hosted a visit by the European Dairy Farmers (EDF) in October. They discussed their journey from high yielding Holsteins to cross-bred cows to produce their award winning cheese and their decision to move to two units milking spring and autumn block herds.

The farm in Newton St Cyres, Devon, now has two units milking spring and autumn block herds. Choosing their system of dual block now gives the farm broadly a level profile of milk needed to make their traditional cloth-bound cheddar. The EDF visitors learnt about the journey the farm had been on from selling their high yielding Holstein cows in 1996 and shifting focus to quality over quantity, introducing spring and autumn herds. 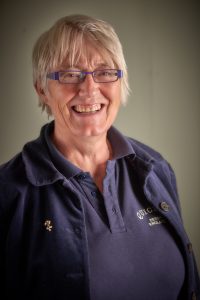 The spring block unit has developed the grazing platform over the years from arable land allowing the cows to graze for the majority of the year. Winter rations for the autumn herd consist of grass and maize silage which is managed currently through a mixer wagon with self-feed forage clamps being planned. Spring cows are dry and out-wintered on forage and fodder beets (kale for youngstock) with round grass silage bales already positioned in the crop.

The farm has invested in infrastructure, with a new milking parlour built in 2016, to cater for the expansion into two separate herds, and overhauling the water system and boreholes on the land.

As part of Eurodairy, a network of 14 countries aiming to increase the economic, social and environmental sustainability of dairy farming in Europe, Quicke’s and the other six pilot farms in Great Britain will help share best practice and innovation across Europe.